In The Studio: GOOSE About Producing With Genelec Speakers

The strength of our debut album Bring It On (released in September 2006), was that we had nothing under control. We had no professional recording, just a few inputs for drum computers and synths which made the process very DIY but also very exciting. In hindsight maybe too exciting. 🙂

At the start of the 2nd album Synrise, we visited a lot of studios and looked for inspiration from bands like Air, Alex Gopher, Etiénne De Crécy, etc… and we saw the 1031A Studio Monitors pop up multiple times. For us that was the ideal reference to get them as a demo as well.

That first evening with the 1031A Studio Monitors, Dave connected the Arp Odyssey to test the speakers and little did we know that the arpeggio that came out of it would be the foundation for the track Synrise. The Genelec monitors made it sound so natural and warm. We instantly fell in love with them and decided to keep them!

Subsequently, the 1032A’s and the smaller 8020A, which we still use for mobile set ups, also found their way to the studio.

In 2018 the Safari Studios moved to a larger location and the need arose for a slightly more powerful system. Dictated by the larger room and the new productions, including soundtracks, the move to Genelec S360 SAM™ Studio Monitors was a logical next step.

They offer us a wider range to mix more cinematic without losing the power and familiar Genelec-sound.

About the band
Goose is a Belgian electronic rock band consisting of members Mickael Karkousse, Dave Martijn, Tom Coghe, and Bert Libeert. Their first album released in 2006. Since then, they already have released 5 more albums. The Guardian hailed the foursome as « an onstage powerhouse, succesfully bridging the gap between electronic music and rock. » Together they have Safari Studios, a recording studio and creative agency/space.

This website uses cookies to improve your experience while you navigate through the website. Out of these, the cookies that are categorized as necessary are stored on your browser as they are essential for the working of basic functionalities of the website. We also use third-party cookies that help us analyze and understand how you use this website. These cookies will be stored in your browser only with your consent. You also have the option to opt-out of these cookies. But opting out of some of these cookies may affect your browsing experience.
Necessary Toujours activé

Any cookies that may not be particularly necessary for the website to function and is used specifically to collect user personal data via analytics, ads, other embedded contents are termed as non-necessary cookies. It is mandatory to procure user consent prior to running these cookies on your website. 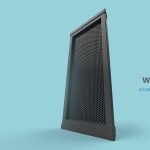 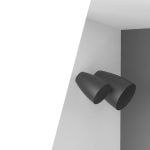